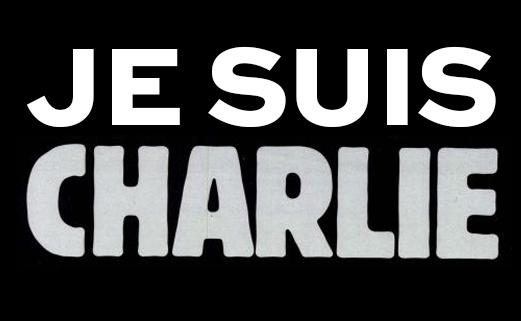 Following the tragic events that unfolded in January in Paris this year, a debate linking two principles have re-emerged: freedom of expression on the one hand, prohibition of hate speech on the other hand. The main reason for this is the humongous support and sense of community that arose after the attacks on Charlie Hebdo. Indeed, more than a million people in France demonstrated in order to say “I am Charlie”, and thereby, to show their “unfailing attachment to the freedom of expression”. Another reason is that in the wave of this attack and the antisemitic one that followed it,  more than 70 judicial proceedings for condoning terrorism and inciting to hate and discrimination were initiated against individuals that voiced support to the terrorists or minimised their actions. Instructions were given by the French Justice Minister Christiane Taubira to national prosecutors to investigate and initiate proceedings against those types of acts:

At a time when France is struck in the heart by terrorism and where the very foundations of democracy are under attack, the public prosecutor must maintain the main principles of the Republic and continue its efforts to protect the freedom of expression, inseparable from democracy.

Article 10 of the European Convention on Human Rights and Articles 10 and 11 of the Declaration of the Rights of Man and the Citizen proclaim the principles of freedom of opinion and expression which cannot be limited outside the cases determined by law.

In these times when the nation must display unity, reprehensible words or acts of hatred or contempt made because of religious affiliation must be fought with the utmost vigor.

One of these condemnations is especially contentious given the fact that it involves a comedian, Dieudonné M’bala M’bala (aka Dieudonné), namely someone who could arguably be exercising humor, as in the case of Charlie Hebdo. However, each case is examined by the judges according to, among other things, context. Dieudonné has been convicted numerous times before January 2015 for anti-Semitic speeches.

The question is: are the politicians and citizens correct in putting forward a society that they depict as free? The limitations to freedom of expression that resulted in the judgment of individuals in front of the French courts surely are testimonies against the unfailing attachment claimed by the majority of people in the streets following 7 January 2015 and the statements depicting a society in which it is acceptable to mock everything. What constitutes a call to hate and discrimination? What makes that some of Charlie Hebdo’s art works were authorized by French courts to be published – such as in 2007 the caricatures of the Prophet Muhammad – when some of Dieudonné’s “jokes” were categorized several times as “anti-semitic” insults?

This distinction is a natural consequence of the application of the French legal texts framing the exercise of the freedom of expression. On the one hand, there is a newspaper caricaturing faiths and individuals in a humorous purpose, and, as stated by the French tribunal which authorized the publication of the caricatures of the Prophet, with “no willful intention to directly and gratuitously offend all of the Muslim people”. Charlie Hebdo has been sued around 50 times, but was only convicted nine times, for insult and defamation, never – to my knowledge – for incitement to hate or discrimination. On the other hand, there is an individual, Dieudonné, who was several times convicted of incitement to racism, often by conflating the jewish faith and crimes committed in the name of Sionism.

The art of caricature is not an easy one, and according to the French courts, Charlie Hebdo is rather good at it, as it succeeds in not versing into a distasteful and racist criticism of one group or another.However, the themes discussed by those cartoons are of course those that are fruitful for hate speech and nationalist propaganda. And in a world where different cultural sensitivities live side by side, either physically in one country, or virtually through the internet, it is a slippery slope. There is in Europe a visible wave of racism, anti-Muslim or anti-semitic, as well as an anti-immigration movement, as demonstrated through phenomena such as the German organization Pegida.

In such circumstances, do we have the responsibility to draw the line between the freedom of expression and incitement to hate and discrimination by refraining from addressing certain themes in cartoons ? Today in France, the law draws this line, both allowing and protecting the freedom of expression, by imposing limitations that some consider generous, and others reject entirely (the question whether the freedom of expression is non-existent as soon as it is limited, as it is in France and in other European countries, is another debate that I won’t touch upon in this post). Are we seeing a new line being drawn, replacing the one defined by law ? In these times of polarized opinions, do we share the responsibility to prevent violence by not reproducing the cartoons of the Prophet Muhamad ? The powerful means of communication through which cartoons can nowadays be seen instantly on the other side of the planet do not, as the cartoonist Chappatte pointed, allow to transmit the original sense of humour accompanying it. The context and spirit in which the cartoon was born is lost, misunderstood.

Answering yes to these questions is tempting. What is at stake is the cultural sensitivity of dozens, hundreds, thousands of individuals. By doing so, we would have the illusion that we are working towards social peace. However, it would be pernicious in two ways. First, it is impossible to predict who will be offended, and most probably there will always be at least one offended person by any political cartoon out there. By not using caricature, we are blocking the public discussion on issues and values which purpose is precisely to define our vivre ensemble. Censorship has never helped a peaceful discourse nor the prevention of violence. In this context, it is possible to criticize Charlie Hebdo and discuss its content. On the contrary, asking Charlie Hebdo to refrain from publishing cartoons can have very dangerous consequences. Indeed, second, by drawing this new line, we are putting ourselves in the judges’ shoes and setting ourselves up as the adjudicators of what constitutes an infringement on the freedom of expression. Self-censorship is just the opposite of discussion. This is already happening in France where the prevailing climate is participating to the death of this French tradition – of anti-clerical origins – to mock ideologies. In this context, it is difficult to not think about Pierre Desproges, the French humorist, and his urge to laugh about everything.

Without respect for the freedom of expression as inscribed in the law, humour ceases to be, as Pierre Desproges put it, the « politeness of despair », the laughter that « desacralizes stupidity, exorcises the real sorrows, and castigates mortal anguishes ». In other words, an exceptional privilege that is given to us. A privilege that is denied to so many cartoonists in the world whose lives are at risk as a result of their work, and that we want to renounce? 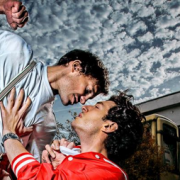 Acting Like Men – Freedom of Expression in a Heteronormative World 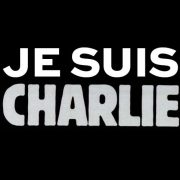 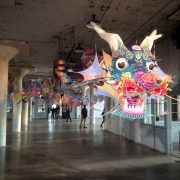 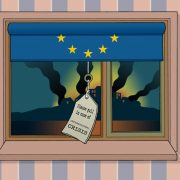 The Peace and Justice Project: How political cartoons contribute to the debate
1 reply

A Theatre of War – Setting the Stage for a Critical Reflection on Human Rights...