How is it possible for art to capture and represent the nature of large-scale massacres ? the desolation of ravaged countries ? the end of a man’s impunity as well as the end of his freedom ? testimonies on unforgettable and intolerable events ? the attempts to establish the truth ? the ever unanswered questions of victims ?…

In other words, is it possible for art to encapsulate the various aspects of the vast issue that is the accountability of men for large-scale crimes? By making these aspects visible, can art participate in raising awareness about the role and processes of international justice ?

That is apparently the belief of William R. Pace, Convenor of the Coalition for the International Criminal Court (CICC), an international non-governmental organisation advocating to strengthen international cooperation with the International Criminal Court (ICC). Indeed, the CICC launched an Arts Initiative last April aimed at enriching the dialogue on global justice. The Coalition’s Arts Initiative to End Impunity was inaugurated with the screening of The Enclave, an audio, video and photo installation on the conflict in the Democratic Republic of Congo by the artist Richard Mosse.

Based on the view that art is a way of communicating which offers new and different channels to convene ideas – a concept that Creating Rights strives to explore, for example here and here – the CICC Arts Initiative invites artists with a view to help create a dialogue and raise awareness on the role of the ICC and of international justice in general. Through the medium of arts, will be explored a wide range of notions such as of justice, visibility of victims, independence and effectiveness of the ICC.

The first artist-in-residence, Bradley McCallum, will help shape this dialogue. His ongoing project, Weights and Measures, is a long-term commitment started six months ago, and already presented a double exhibition that started on 23 November 2014: Portraits of Justice, and Post-Conflict. The exhibition will go on until 17 January 2015, and is located in Brooklyn, New York.

Post-Conflict gathers works by international artists such as Jenny Holzer, Pieter Hugo, Alfredo Jaar, Lana Mesic, Richard Mosse, Adam Pendleton, Daapo Reo, Ai Wei Wei and Creative Court. I have had the pleasure to interview Bradley McCallum who gave me a virtual tour of the exhibition in New York and shared the vision he has for the project: Post-Conflict, as a group exhibition, is not meant to fix one moment in time, but to bring critical thinking into conversations about justice. This group exhibition is therefore the first moment of exchange between the artists with the aim of exploring how justice and art are intertwined. 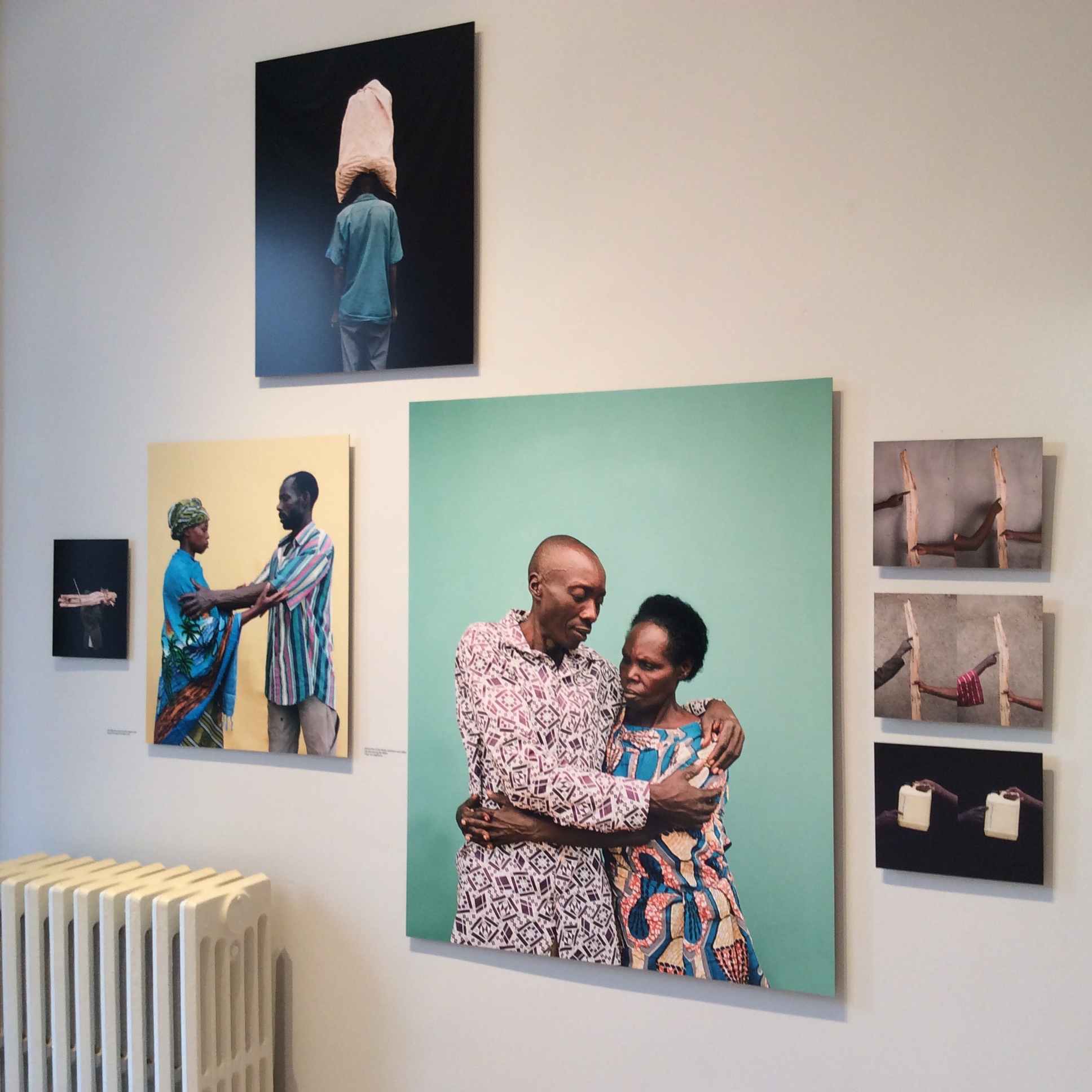 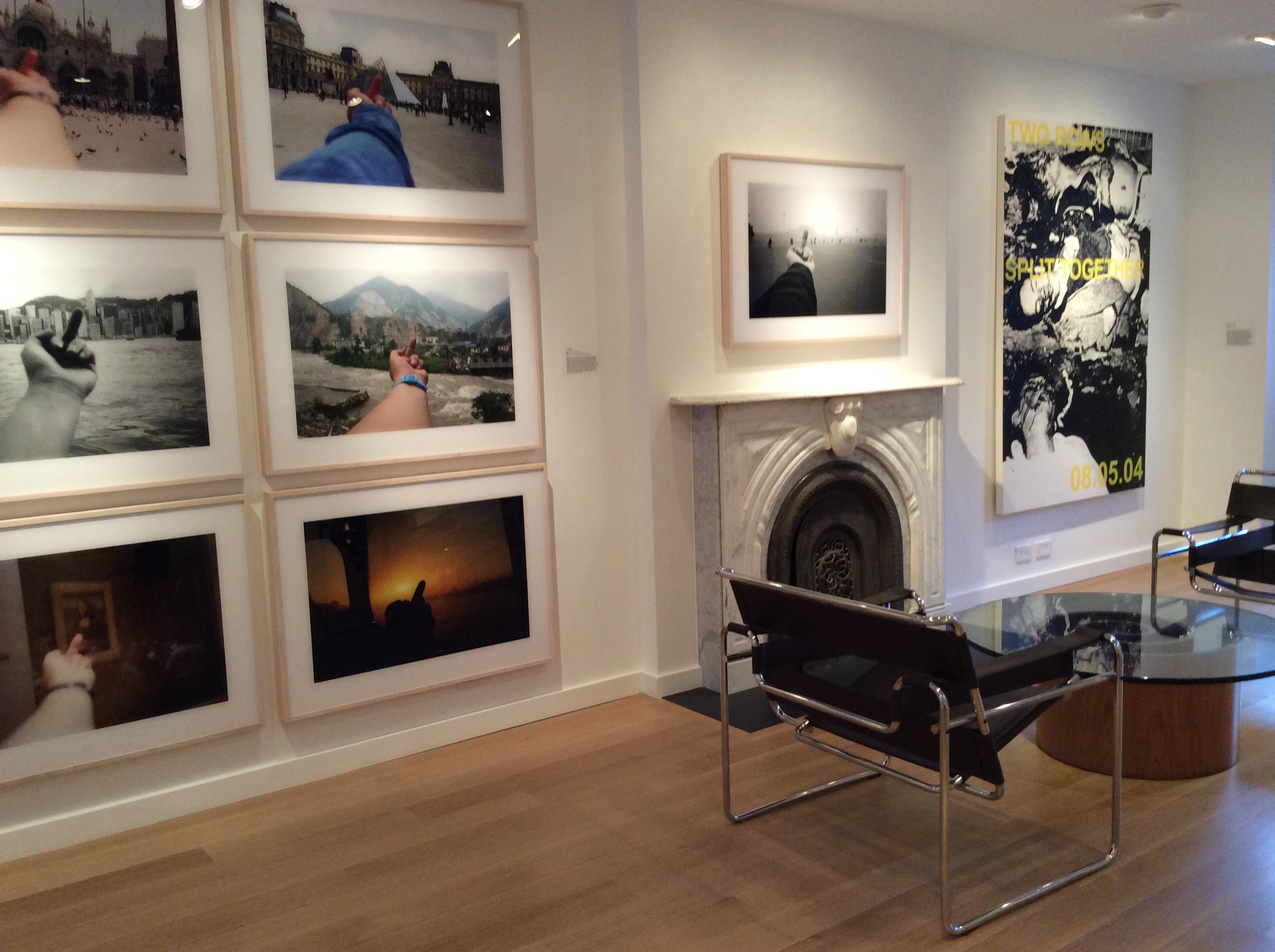 On the left: Part of Ai Weiwei’s Fuck Off exhibition

Portraits of Justice presents monumental painted portraits of individuals being prosecuted or that have been prosecuted for their involvement in large-scale crimes such as crimes against humanity, war crimes, or genocide. It brings together 14 portraits of individuals facing the monumental international criminal justice system, painted from pictures taken during courtroom proceedings. Such individuals include, for example, Radovan Karadžić, former President of Republika Srpska, on trial before the International Criminal Tribunal for the former Yugoslavia (ICTY); Jean-Pierre Bemba Gombo, prosecuted before the ICC as the alleged President and Commander-in-chief of the Mouvement de libération du Congo (Movement for the Liberation of Congo); Kaing Guek Eav, alias Duch, convicted by the Extraordinary Chambers in the Courts of Cambodia for is responsibility in the commission of crimes by the Khmer Rouge between 1975 and 1979.

Not all of them have been convicted. Some are in the process of being tried, and some have been acquitted. Hence the idea that this choice of portraits is not about the guilt of the indictees, but about opening a curtain on the process of holding persons accountable. This process is a lengthy and complicated one, as was the completion of these portraits. Their size, the five or six layers of paint composing them, the number of people that worked on them (around five assistants), make us feel and symbolise the implications of the processes of international criminal justice.

Bradley McCallum: “I am creating large scale painted portraits of powerful men at a point when their impunity has ended. We are drawn into the power of their gaze, their humanity while also being challenged to consider the structures of international justice and the experiences of victims and witnesses… With this work art will provide a catalyst for civic discourse.” 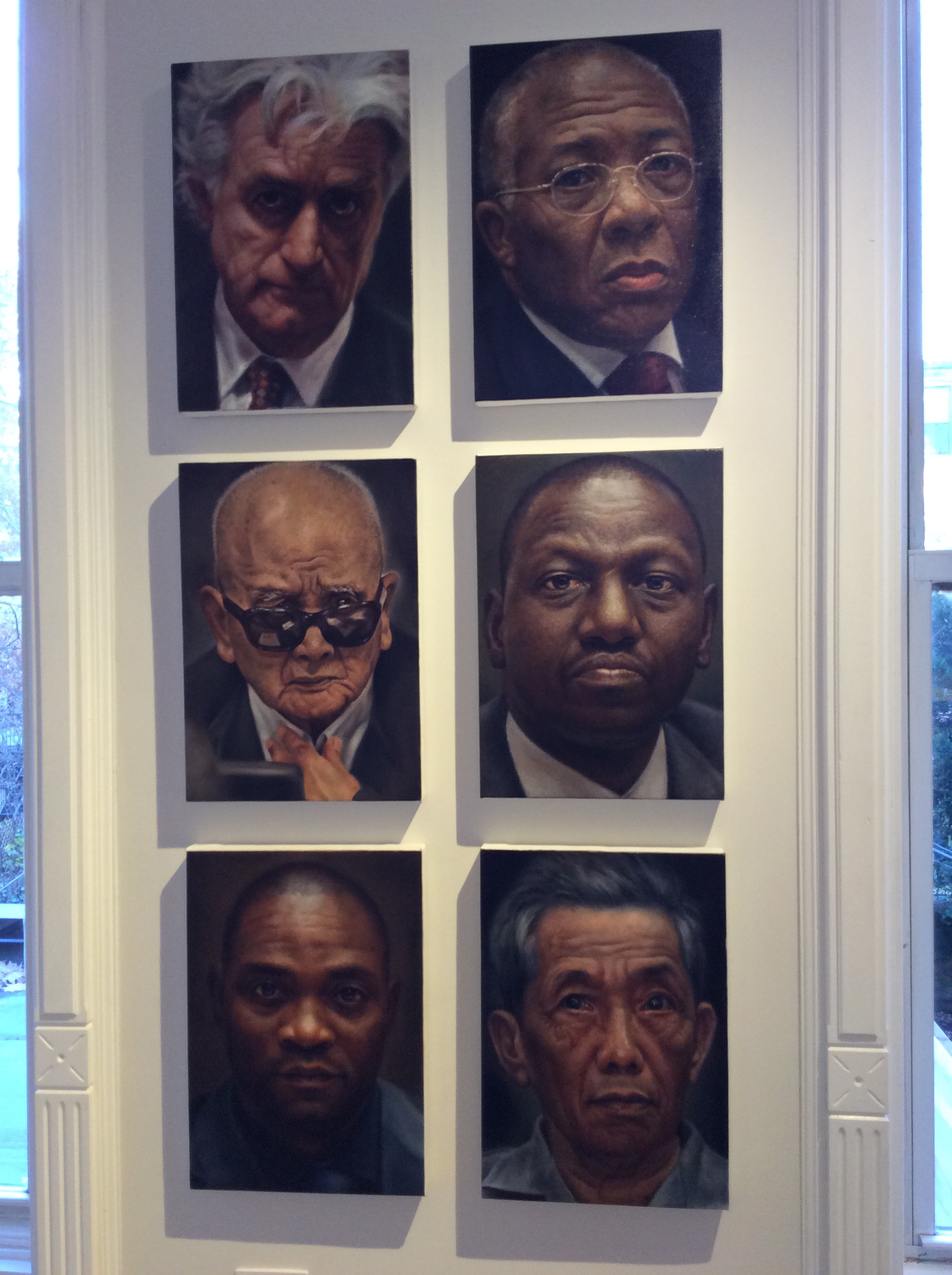 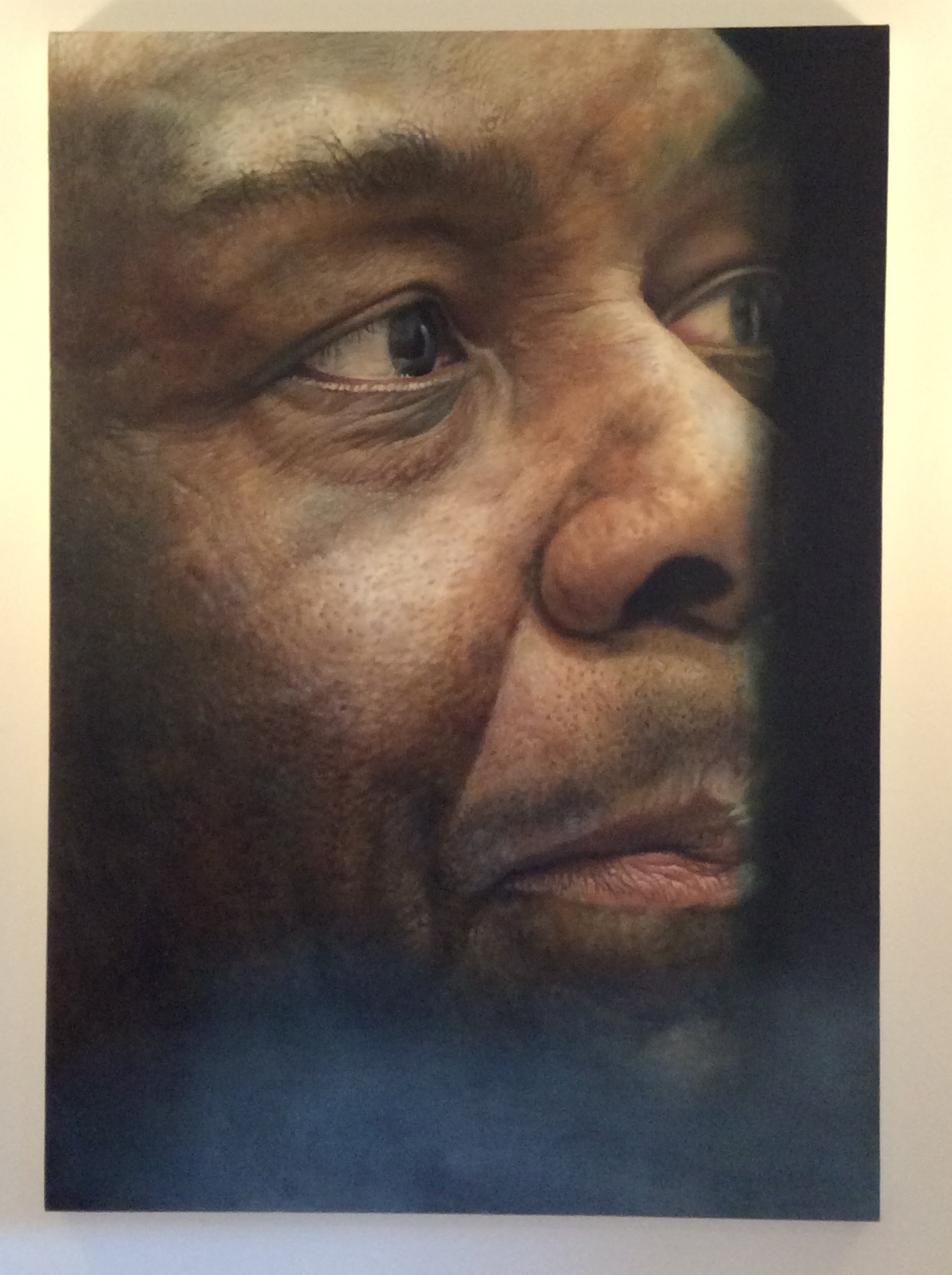 Portraits of Justice, including portraits of Radovan Karadžić and Kaing Guek Eav

The Weights and Measures project will later comprise an audio installation, a non-image based immersive experience that will be part of the exhibition. Eventually, the exhibition will tour in different countries, including The Hague, The Netherlands, a city that symbolises international justice and the city where the ICC and the ICTY are based.

The CICC aims at reinforcing its mission to raise awareness about the notion of global justice, by highlighting features of the work of the ICC through artistic projects. Indeed, art allows here to represent and transmit ideas and emotions attached to the complex subject of genocide, crimes against humanity and war crimes. The CICC Arts Initiative contributes to the reflexion on the art of international justice. 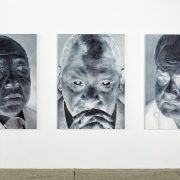 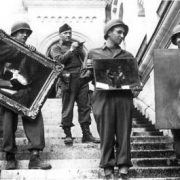 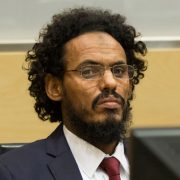 Constructions of Truth – Forensic Architecture as a Fact Finding Tool...