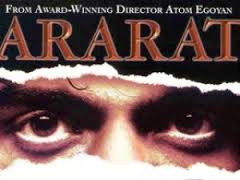 On 8 June, Humanity House and the Abovian Cultural Association with their representative, Mr Mato Hakhverdian, in attendance, co-organized in The Hague an evening event which looked into the current influence of the Armenian Genocide. The evening started with opening remarks from the Ambassador of the Republic of Armenia to the Netherlands, H.E. Dziunik Aghajanian, and Mr. Alexis Demirdjian, an international criminal lawyer and recently the editor and co-author of an inter-disciplinary book entitled “The Armenian Genocide Legacy”. Her Excellency Aghajanian remarked that war trauma and wounds cannot be healed if victims do not face the truth. Such was the underlying theme of the evening.

The screening of Atom Egoyan’s 2002 “Ararat” followed. A movie within a movie, the Canadian-French film focuses on family and film crew members all directly or indirectly working in Toronto on a film depicting the 1915 events. The film explores the lasting human impact of the 1915 Armenian Genocide a century later and examines the representation of the truth through art.

The movie is a complex weaving of various stories, relationships, and characters all linked together by their own representation of what they allow themselves to consider as being the truth. The quest for remembrance is at the heart of the movie when the mother of Armenian painter Arshile Gorky, then a boy, tells him: “If you survive, it will be to tell this story”. Yet, when the young protagonist Raffi travel to Turkey to shoot footage so that he can construct his own memories of what he has heard happened to his ancestors, he comes back from that trip with the realisation that it is not just the land or the lives the Armenians lost but also any way to remember it with.

For me, one of the most powerful scenes of the film is when Gorky, then living in New York City in 1934, erases the hands of his mother from his famous painting based on the last photograph that was taken of him together with this his mother in 1912. Egoyan shoots Gorky as looking at his mother’s eyes in the painting while erasing her hands as if to finally say goodbye to her and let go of her motherly touch. 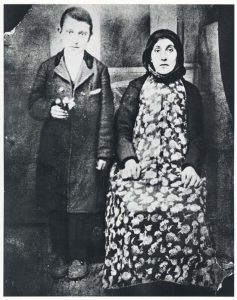 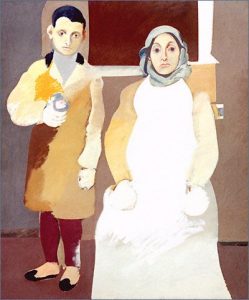 More paintings by Arshile Gorky can be viewed here.

As Baronian explained after the screening, Ararat is not a historical drama about the Armenian Genocide and has no documentary value. Rather, it explores transgenerational trauma and the impossibility of mourning. Ararat is not about the past –the past is dealt with by the “movie within the movie” which gives an historical insight, albeit distorted, into the 1915 events; but rather about the present. As such, it is replete with mnemonic anchors tying the past to the present, such as Armenian emblems, photographs, Gorky’s paintings, and appearances by the emblematic Armenian French entertainer Charles Aznavour.

Baronian explained that there are subtle traces of the Armenian Genocide in all of Egoyan’s work. I left the evening with a strong desire to review Egoyan’s other films through that lens.

* Nolwenn Guibert is an international criminal lawyer working in The Hague who has a keen interest in matters relating to the Armenian Genocide.

The importance of volunteering
Scroll to top