“The right to the truth – which is both an individual and collective right – is essential for victims but also for society at large.  Uncovering the truth of human rights violations of the past can help prevent human rights abuses in the future.”

The Look of Silence, Joshua Oppenheimer’s diptych to the Act of Killing, explores the right to the truth in the face of massive human rights violations and abuses. Truth can be a form of redress in transitional justice initiatives, and its significance has been recognised in many transitional societies in different regions of the world. There have been efforts to set up at least 40 truth commissions in diverse contexts internationally. In the Look of Silence, the themes of exposing the past, of memorialisation, of seeking acknowledgement if not redress, of impunity solidified through silence, are explored through the determined and fearless quest of Adi, an individual who is in some ways representative of hundreds of thousands of families who were victims and survivors of the torture and killings which took place in Indonesia in 1965/66. The focus on an individual, his pain, his story, his family, offers a single perspective to help us make sense of an overwhelming tragedy that seems impossible for us to wrap our heads around in any meaningful way by the sheer scale of the inhumanity involved.

The focus in the Act of Killing was on the perpetrators, on the banality of evil, in some ways evocative of Hannah Arendt’s interpretation of the Nuremberg trials, while this documentary gives voice to the victims, perhaps partially in reference to the earlier documentary exposure 40 Years of Silence: An Indonesian Tragedy. Adi’s approach and demeanour is the polar opposite of what he seeks to expose. In the face of denial, personal risks, thinly veiled threats to him and his family, and even outright mockery – he remains respectful, dignified, and composed throughout. Adi is cautioned repeatedly to maintain the oppressive silence, to avoid digging into the past and ripping open wounds which have supposedly healed. Why he cannot accept the silence is not directly addressed, but it is clear that amnesia is not a reality, and forgetting is not an option. The answers that victims may seek will haunt them regardless and in this case are sought out despite any potential personal, social or political consequences. Adi’s poised attitude seems to reflect a deeply rooted knowledge that almost inevitably nothing will come out of his quest in terms of accountability. His quest as an individual is not about establishing guilt, or paving the way for transitional justice processes. Adi will continue, like tens of thousands of others, to suffer from the loss of his brother at the hands of killers who participated in the annihilation of thousands of other lives. His belief in confronting the pervading silence gives him the courage to challenge his brother’s killers, and to achieve what seems to his objective, namely that he will bring others to say what he has been saying, namely that what happened was not normal; that it was a crime. 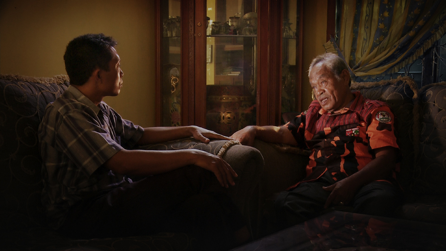 The idea of confronting seemingly weak and fragile old men with violations they committed when they were strong powerful young men often invokes pity and resistance; why bother these poor old men? What will come of it? What good does it do? Images of former dictators, ageing Nazi generals and elderly Cambodian leaders from the Khmer Rouge come to mind. Many, such as Slobodan Milosevic, never survive through their lengthy criminal trials if such a stage is even reached. Can remembering attempt in some small way to address the abuse and even seek redress for the violations committed decades before? Can breaking the silence even for a second shift the power dynamics? Perhaps the least that can be expected is for some sliver of truth and memory to be captured before it is lost with the generation at the end of its prime.

In both films, when parts of the truth are revealed through direct questioning, the complete lack of apparent remorse is terribly hard to swallow. The seeming absence of regret, of shame, of any ‘human’ response to the acts committed is incomprehensible. Audiences may find it difficult to identify with this absence. The suspicion one is left with, however, in the Look of Silence, is that an unruly mob of challenging complex emotions do indeed lurk just beneath the surface, but when the very suggestion that they should exist is raised, anger is propelled at the instigator to protect the thin veneer of sanity and stability of the individual, just as the killers admittedly drank the blood of their victims while slaughtering them in an attempt to avoid a descent into insanity. This defensive action explicitly acknowledges an awareness of the heinous nature of their crimes.

Adi’s profession as an optometrist – providing prescription lenses to people living in remote villages and communities, helping people see more clearly – couldn’t be any more symbolic, given the ubiquitous ‘willed myopia’ portrayed throughout. At one point in the documentary he tenaciously explains to his son that the propaganda taught in his school is false, that the son’s teacher is maintaining the suffocating shroud of silence, reinforcing the same hate speech that provided the conditions which propagated mass violence half a century before. What becomes clear is that in the absence of sight, of seeing the crimes, in the absence of challenge to the authority that committed them, in the absence of vetting, of any transitional justice approaches (despite numerous attempts to establish such), the silence is simply a deafening absence of justice, and creates the space for the atrocities committed to be replicated. Denial and omission pave the way for repetition among this ‘gerontocracy of tyranny’. Joshua Oppenheimer shows us what silence looks like. A society that refuses to address human rights violations committed on a massive scale, and to open the narrative to victims, will result in a new generation of indoctrinated individuals living in ignorance and a community continuing to endure paralyzing fear.

It is typically the victors who maintain control of the dominant narrative. If the truth is not sought and established, how are other mechanisms, such as reparations, criminal accountability, vetting, and reconciliation even possible? If the truth is absent, arguably no mechanism of transitional justice can function – only a tacit amnesty and absolute impunity for all perpetrators of violence can exist. Without sustainable peace and reconciliation brought about through confronting the truth and somehow addressing it, how can a recurrence of human rights violations be avoided? Often truth commissions go hand in hand with amnesty or pardon, in order to encourage perpetrators to come forward and admit their crimes. In this documentary no such incentive is necessary, as no repercussions are expected for the admissions; no negotiations are required, no plea bargaining entered into as the perpetrators rest assured that no accountability will be sought. Perhaps the only form of redress available to the victims is the gradual eradication of silence.

For more on the “tension between remembrance and performance, the function of moving images in the execution of political violence, and nonfiction filmmaking methods that facilitate communities of survivors to respond to, recover, and redeem a history that sought to physically and symbolically annihilate them”, see Killer Images, Documentary Film, Memory, and the Performance of Violence, a book edited by Joram Ten Brink and Joshua Oppenheimer,with contributors such as Ben Anderson, Errol Morris, Harun Farocki, Rithy Phan, Avi Mograbi, Brian Winston, and Michael Chanan. 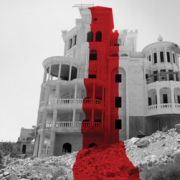 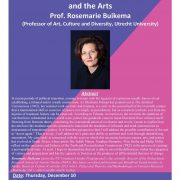 The Act of Documenting
0 replies

Galway Arts and Human Rights Summer School exploring the theme of “Be...